As marijuana is becoming more and more popular as a medicine, there are more people who seek help in fighting anxiety disorders.

Studies show that marijuana may be very helpful in combating chronic anxiety or social anxiety disorders.

A study conducted on animals have proven that consuming CBD may lower the level of anxiety, as well as reduce frequency and severity of seizures, which means that high-CBD strains can really bring relief to those suffering from anxiety. The Institute of Psychiatry published a study that showed how CBD can be used as an anxiolytic and antidepressant during the anxiety treatment. That being said, CBD has a great potential when it comes to decreasing levels of depression and anxiety.

Another experiment conducted in 2011 involved two groups of people: the first group used CBD and the latter took the placebo. Researchers aimed at determining whether or not CBD has an impact on levels of anxiety during public speeches. The experiment showed that the CBD group reported less stress during their public speeches than the ‘placebo team’. Patients who took regular doses of Cannabidiol felt more calm and relaxed while experiencing less discomfort.

The latest studies prove that PTSD patients may found the medical use of marijuana very helpful, as weed creates soothing effects on their brains, therefore it may become possible to treat PTSD with marijuana on a larger scale pretty soon.

In 2014 the Vanderbilt University conducted a study on endocannabinoids levels after smoking marijuana. As it turned out, we’re having lower levels of endocannabinoids when we’re in stress, and smoking weed increases the amount of these chemicals in our brain; therefore, it leads to reducing the feeling of anxiety.

You should know that marijuana is far safer than any pharmaceutical prescribed by doctors on a daily basis. In fact, the latest study conducted in Canada showed that 40% of patients suffering from the anxiety disorder who were using medical cannabis were more likely to give up dangerous prescription drugs within less than 3 months. These patients got rid of many severe side effects that are usually entailed by the use of prescription drugs.

How Does Marijuana Treat Anxiety? Before you learn about the best marijuana strains for anxiety and panic attacks, you should know the effects that come with both THC and CBD, the most common active compounds in weed. Both of these cannabinoids influence our brain and body in a different way. Although THC may relieve the anxiousness, it can also trigger this fearsome feeling. However, it has been proven that CBD is acting on our serotonin receptors by supporting the regeneration of brain cells, which is why high-CBD strains may be amazing when it comes to combating anxiety and depression. And what about the combination of both CBD and THC in one strain? The effects may differ from one bud to another, as there are various levels of these compounds in each strain, but keep in mind that it’s always best to choose a strain with lower THC content. On the other hand, the mix of THC and CBD may come in handy in lowering or even eliminating the feeling of anxiety. There are still more studies to be done on that subject, but for now, it’s safe to say that strains with high CBD levels are recommended for fighting your anxious feelings.

What is the Best Marijuana Strain for Anxiety?

If you’re looking for the best strain for anxiety and panic attacks, here are some top weed strains for combating this disorder. Granddaddy Purple is a relaxing and potent indica dominant strain that comes in a shade of deep purple with a crystal white resin and orange hairs. The strain is a mix of Purple Urkle and Big Bud, which is why you can expect a complex grape and berry aroma. What’s unique about this strain is that it leaves its taste in your mouth longer than other strains and it allows you to feel the tranquility right away. However, Granddaddy Purple is a very potent specimen and gives serious psychoactive effects on both body and mind. On the other hand, when it comes to the best strains for anxiety, you can feel free to include Granddaddy Purple on the list, as it delivers an almost overwhelming feeling of euphoria and relaxation. If you’re suffering from anxiety, you should find yourself feeling better within minutes under the effects of this cannabis strain. Although Jack Herer is a sativa dominant strain with high levels of THC, it’s often recommended as the best marijuana strain for anxiety. It gives a euphoric high paired with soothing effects that resemble those after smoking Northern Lights, as Jack Herer is a cross between Shiva Skunk and Northern Lights. The strain offers a bubbly, happy and spurring high, which makes Jack Herer perfect for daytime use. If you’re suffering from the anxiety disorder, this may be one of the sativa strains that can actually be helpful. Jack Herer comes with an earthy, lemon and sweet aroma with similar flavor on the tongue, although you may also taste some herbal and woody flavors. If you’re THC-sensitive, you’d better try Cannatonic, an even blend of sativa and indica. This strain comes with deeply relaxing qualities, as it is able to boast high levels of myrcene, the terpene that contributes to weed’s relaxing attributes. Cannatonic has high amounts of CBD and only between 7-15% of Tetrahydrocannabinol, therefore it’s the best low-THC strain for treating anxiety. It has a citrus, earthy and woody smell a pine, citrus and sweet flavor. This blend of the legendary G-13 Haze and MK Ultra will keep your head high clear while providing amazingly relaxing effects on your body and mind. This is one of the most popular CBD strains with relatively low levels of THC (7-15%), therefore it’s not going to produce any serious mind-altering high. Nevertheless, Harlequin has anxiolytic and mood uplifting properties and it allows you to feel energized and focused at the same time. This cross between Swiss Landrace, Colombian Gold and Thai is a sativa dominant strain with sweet mango, citrus, and earthy aromas. As for the flavors, you can expect herbal, sweet and spicy taste in your mouth. When it comes to the best strains for anxiety, the low levels of THC in Harlequin strain makes this it easy to dose and use for treating these symptoms.

This strain produces more CBD (11%)  than THC (10%) and is a cross between New York Sour Diesel and the classic Sour Diesel. Sour Tsunami has become particularly popular as a medical marijuana strain and is a great choice for both adults and children whose conditions respond to CBD. This sativa dominant hybrid helps in treating anxiety symptoms thanks to its high CBD content and provides a user with soothing effects. Like it’s genetic parents, Sour Tsunami carries citrus, sour and earthy aromas that are followed by a pine, citrus, and sweet flavors. Although it’s possible to experience some slight psychoactive effects with Sour Tsunami, this strain mostly gives a pleasant mood uplift and relaxation.

How to Use Marijuana for Anxiety?

Now that you’re acquainted with some of the best strains for anxiety, you should focus on finding your optimal marijuana dose for treating your symptoms. Start with checking your tolerance for weed, because the effects this plant gives vary from one person to another. If you’re a regular cannabis user, you may need more pot to fight your disorder, but keep in mind to dose your weed carefully in order to avoid a short-term increase of your anxiety symptoms. It’s recommended to start with smaller amount of cannabis before you increase the dose accordingly.

How to Choose the Best Marijuana Strain for Anxiety?

First of all, don’t forget that each marijuana strain comes with different effects, and finding the one that works for you is essential if you want to feel nice and easy after smoking pot. Basically, you should select between indica and sativa strains, depending on the desired effects. Most medical marijuana patients with the anxiety disorder choose indica strains that come with stress relieving properties and provide tranquilizing effects to both the mind and body. However, if you’re looking to get more uplifting and energizing effects, consider picking a sativa strain. Don’t forget to always verify the levels of THC and CBD in your cannabis plant. Last but not least, be mindful of the importance of terpenes that modify effects caused by cannabinoids and are able to produce their own too.

In conclusion, marijuana may be one of the most effective and healthiest ways of treating anxiety-related disorders. Before you approach your natural medicine for the first time, check the composition of THC and CBD in each strain, along with the variety of effects it offers; and finally, don’t forget to start with smaller doses before you increase your weed  tolerance over time. 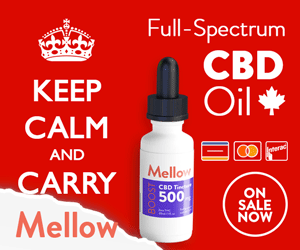 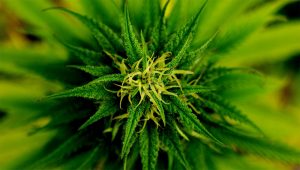 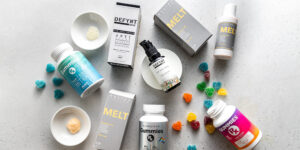